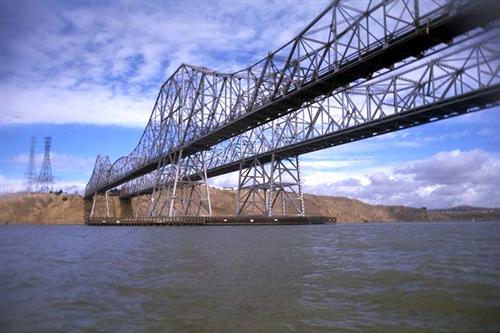 This news makes me laugh …. how the hell did they do it?
The article came via Ananova image by current.com

Scrap metal thieves in Khabarovsk, Russia managed to steal a 200-tonne 38ft structured steel bridge without anyone noticing. The criminal scrap metal collectors most likely were interested in four steel pipes which served as the foundation for the bridge. They dismantled the bridge during the night of December 29 and vanished with its parts in an unknown direction.

It was part of the only road leading to a heating plant. Bosses at the company said the cost of replacing the bridge would be ten times the value of the scrap metal that had been stolen.

Local road service crews are currently reconstructing the bridge, they plan to replace the bridge with one made of concrete while police have launched a search for the criminals.

This incident became the third such case in 2007 – the two previous bridge thefts occurred in the Ryazan region and the Primorsky region.